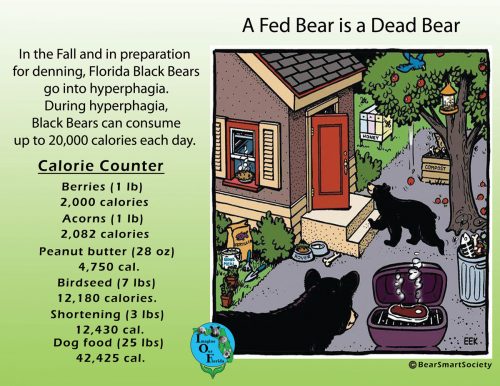 Lauren Zeigler (Understanding of the work above) -IOF Outreach Volunteer

Previous studies were done on landscape resistance to test the ability of animals to maintain good gene dispersal and population of different animals. This study is different in that it compares the data collected from landscape connectivity and genetics using movement behaviors. This method collects multiple forms of study on animal behavior along with migratory patterns as well as landscape changes to analyze the mating process in black bears. The study wants to find the ability of black bears to verify previous landscape maps that were existed by using a path-level movement analysis.
This study used a specific area to study, used previous landscape genetic analysis, black bear telemetry data, path-level analysis, selection of variables that influenced the black bear movement patterns, creation of a map that showed the landscape resistance factors, and finally used conditional logistic regression. This method had a few subsections for each category. The area of study was in the Purcell mountains of Idaho and was about 1500km of study. While this was in place, the researchers used a previous study of the area to use as a comparison to the path level analysis in this study. To avoid biases in the data, the bears were used in a variety of areas within the parameters for a span of two years and in the time of the largest population of black bears being monitored. The path-analysis was coupled with the landscape variables and resistance factors to accurately trace the path of the bears and then the researchers took into consideration the ecological differences for the movement paths of the bears in that time to find the similarity between the previous map and the map that was now being worked on.
The experiment led to the findings that the forest roads were able to be crossed more easily than that of country road or highways. Not only was this proven, but it was found that roads were the most important when considering the movement of black bears with the rate of 95% confidence that the intervals never reached 0. While the relationship between the early seasonal model and the genetic landscape model came out with negative partialling data that led to the similarity or landscape resistance and early seasonal movement.
This research was shown to be important on many different levels. The impact of humans on the movement of bears was to be noted as well as noticing the spring seasons impact on bear movement which was found to be the most important time in the time for bear genetic differentiation.
Genetic differentiation was created from the mating and dispersal in the black bears during the spring time. This fact is important to take into consideration for the life model of a black bear and the importance of the right scale on how the bears can mate and reproduce. Many black bear subspecies are found to be endangered and this model can provide the data on the landscape impact on the population of black bears and the ability of gene difference in the survival of the species.
The other impact this study has on the subject of black bears is to show how humans impact the life of the black bear. The ability of the bears to move freely provides more routes and therefore more survival and chances to reproduce while roads provide a barrier to the travel of black bears and limit the ability of the bears to be in the environment suitable for reproduction.

The Florida Black Bear Habitat Restoration Act will be heard in the Environmental Preservation and Conservation Committee on March 28th. If your senator is on the EPC committee, (see link below) tell him/her how you feel about this habitat restoration act. Senators may sponsor bills. To ask your Senator to sponsor SB1304 find your Senator here: http://www.myfloridahouse.gov/…/Repre…/myrepresentative.aspx
Read the Bill here: https://www.flsenate.gov/Session/Bill/2017/01304

Black Bears are not scary after all.

They are actually almost vegetarian!

Bears bite off their foot pads in the winter

Did you know that bears bite off their foot pads in the winter?!
They grow fresh foot pads so they won’t have callouses.
It’s like a mani-pedi for bears! 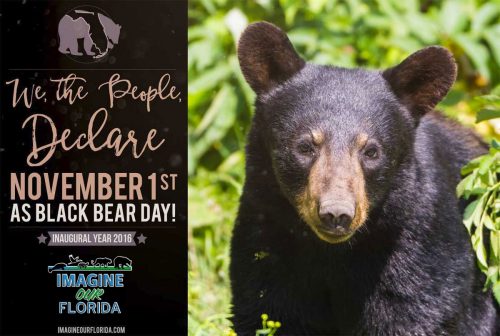 Take a moment to remember the bears who needlessly lost

Your ticket for the: Black bear day