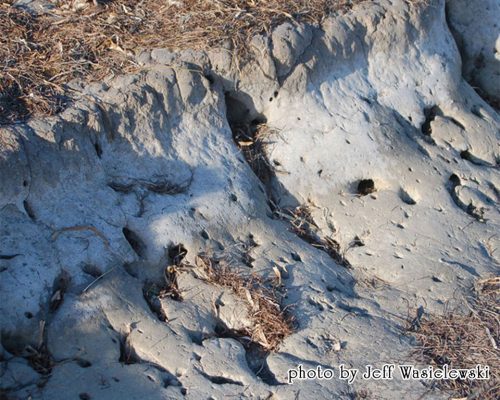 Marl soil is common in low lying areas of the Everglades and is most common in Monroe and Miami-Dade Counties. It is rich in calcium. These areas have wet summers where the low lying areas will become flooded for months followed by several months of a dry winter.

While flooded, organic matter in the form of microalgae grows on the water. This will create a loam soil that sits on top of limestone bedrock Other plants also contribute to calcium content when the organic acids in their roots dissolve the limestone bedrock beneath the marl which increases the concentration of calcium.

Marl soil has poor drainage. Grasses such as sawgrass, sedge, reeds, mimosa, buttonwood, and black mangrove will grow in these low lying areas. The American crocodile will dig a hole in marl soil to lay eggs.

Your ticket for the: Marl Soil