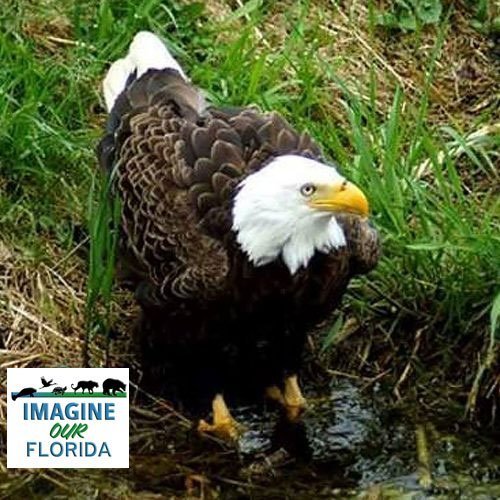 The Bald Eagle, Haliaeetus leucocephalus, is more than the symbol of the United States. They are interesting enough to have an entire day dedicated to them. While Save the Eagles Day originated as a way to raise awareness about the then endangered species, it now serves as a time to learn about the thriving animals. Here are five facts you may not know about eagles:

1. Females weigh more than their male counterparts. The males weigh between 7 and 10 pounds, and females can weigh up to 14 pounds.

2. Eagles can see as much as eight times further than humans and their eyes are equipped with infection-fighting tears.

3. While the bald eagle population has steadily increased after a severe drop, most of the population’s fatalities remain human related. Such as impact with manmade structures, gunshot and poisoning are the leading causes of death.

4. The Bald Eagle emits a surprisingly weak sounding call. Usually, a series of high pitched, whistling or piping notes. The female may repeat a single, soft, high pitched note that signals her readiness to copulate.

5. Eagles can dive up to 100 mph while hunting. When they’re flying casually, they go about 30 mph.

The bald eagle, the national bird of the United States, once on the endangered species list, being on it from 1967 until 1995. It was then reclassified as being threatened. The Eagle was subsequently removed from that list in 2007 and is now listed in the least concern category.
The bald eagle is strongly associated with the United States but eagles are on the coat of arms of Germany and Egypt, as well as Albania’s flag and coat of arms. If you live near eagles, work to protect their habitat. The bald eagle is another example of a species brought to the brink of extinction, that is now thriving.
Photo credit Aymee Laurain

Your ticket for the: Bald Eagle